Have you checked out the Writers Guild of America, West Youtube channel lately? I stumbled upon a great panel called “Bring The Funny: Celebrating Asian Women Writers”. Although I’m all about shouting out Brown Women filmmakers, I can’t say that I’m too familiar with today’s female scribes working on the small screen (aside from Shonda Rhimes and Mindy Kaling). So I grabbed a pen and took a few notes that I wanted to share. I think most of the advice from these successful women could apply to both aspiring TV and film professionals.

END_OF_DOCUMENT_TOKEN_TO_BE_REPLACED

Review: Breakup at a Wedding 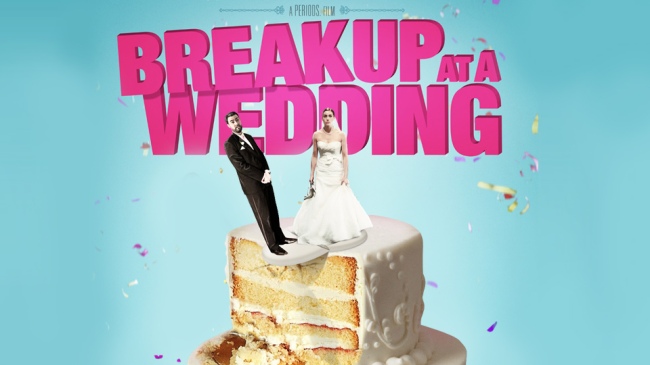 This week’s guest post is by Kristie Yeung, who rambles a lot as @ktotheyeung.

Okay, I’ll admit it. The primary reason I went to see Breakup at a Wedding was because Zachary Quinto, of Star Trek fame, had produced it and was going to be present at an advanced screening for a Q&A. What was I going to do? Not go? Not an option.

Clearly, I wasn’t the only person with that same thought since I stood in line to get into the screening for over an hour and a half. While waiting, the theater staff informed us that they had to open a second theater to accommodate the amount of people that showed up. Apparently, Trekkies roll deep.

Adoration for that man aside, I was also anticipating the hilarity that I had seen in the teaser clip on their site. Man, I was not disappointed. From the first two seconds with the narrator, Vic James, played by unruly director and writer Victor Quinaz, to the end credits, I was constantly laughing and just surprisingly delighted at the film.

Shot through the lens of the wedding videographer, Vic, the film follows engaged couple, Alison James, played by Alison Fyhrie, and Phil Havemeyer, played by writer Philip Quinaz, on their way to the altar. Overcome with a sense of doom on her “perfect” wedding, Alison decides to call off the wedding but because deposits are nonrefundable and guests have shown up already, Alison convinces a reluctant Phil to go through with a fake ceremony but not have the marriage be legalized. So naturally, nothing goes as planned. Now, I’m not a “wedding” type person but I’ve seen them in movies and TV shows enough to understand the type of characters featured.

The bride-to-be, Alison, is categorized as a people pleaser, a personality defect so ingrained in her and apparently so infamous that a fellow bridesmaid stated: “I once saw you get punched in the boob and you apologized.” Yes, I’m still laughing at this line. This character trait of hers is primarily the reason why the wedding plans go awry and generally, why insanity is usually lurking behind any wedding endeavor.

You know, when you’re watching a train wreck about to happen but there’s nothing you can do to stop it but you still keep watching. That’s this film. There’s a sense of guilty pleasure that derives from watching this film. With the behind-the-scenes format and the detailed in-depth characters, it’s akin to watching your own family and friends and perhaps can explain why we’re so addicted to today’s reality shows. Yes, those people might be crazy and totally messed up but the stories feel familiar, even relatable. In this case, there is the bride that wants everything to be perfect, the cousin who wears too much makeup, the drunk friend that always blackouts and causes a scene, and the arrogant boss who’s also the biggest jerk alive. Fair warning, these characters are standouts.

While familiar, the characters are still refreshing and genuine. During the Q&A, which featured Zachary, Victor, Philip, as well as actor/writer Anna Martemucci, a question on how the writers were able to balance these characters’ genuineness was posed, and it was revealed that the characters were based on real life personalities, mostly inspired by the respective actors. Additionally, the writers explained that the film was an amalgamation of all their wedding fears and reality-based past wedding stories, which gave the plot the successful foundation for it to really take off. Most surprising to learn was that the inspiration came from Paranormal Activity-type storytelling, which became obvious once the filmmakers said it but not so much when I was first viewing the film. I found it surprising mostly because the hilarious wedding antics and characters masked the actual storytelling method. The content was just too damn good.

With all that said, the title of the film could be a little more creative, but if that’s my only complaint,  there really shouldn’t be any excuse not to see this gem.

Breakup at a Wedding was released on Video On Demand and digital platforms like iTunes and Amazon on June 18th.

I always thought it was just two of them acting. But no, there’s 3.

“Some people know me as Mr. Sulu, some know me from Facebook, but I hope all know me as a believer in the equality of all human beings.” Well put, George.

He has us rolling with his tweets. Check out some of his best stuff: http://favstar.fm/users/GeorgeTakei

The loveable Barney. He sleeps around (200+ women) and is a complete jerk to females, and yet we can’t get enough of him on HIMYM. So really, we love to love him. He proves you can play a straight role regardless of your personal life.