END_OF_DOCUMENT_TOKEN_TO_BE_REPLACED

4 Fests You Should Enter This Week

…because all it takes is ONE festival screening to change everything.

HBFF accepts film submissions from all filmmakers; however, to be eligible for the festival’s competitive program, one of the film’s creative principals, i.e. the writer, director or producer must be Black or of African heritage.“

END_OF_DOCUMENT_TOKEN_TO_BE_REPLACED 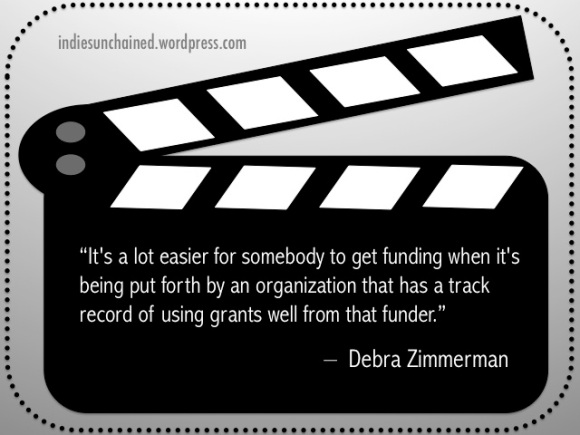 END_OF_DOCUMENT_TOKEN_TO_BE_REPLACED

It’s always exciting to see another female director and producer duo on the scene. Writer/director Tina Gordon Chism and producer Stephanie Allain are the dream team behind the comedy “Peeples” starring Kerry Washington and Craig Robinson (now in theaters). Chism is the writer behind “ATL” and “Drumline”; “Peeples” is her directorial debut. In between producing independent films, Allain is also the director of the LA Film Festival. The next collaboration for these ladies will be “Inheritance”, a New Orleans thriller script sold to Sony in April.

END_OF_DOCUMENT_TOKEN_TO_BE_REPLACED

Where Are The Brown Women Filmmakers? (Tribeca Edition)

END_OF_DOCUMENT_TOKEN_TO_BE_REPLACED

Like Loading...
Tagged 2013 Tribeca Film Festival, “Elaine Stritch: Shoot Me, Delicacy, Farah Goes Bang, festivals, filmmakers of color, I Got Somethin' to Tell You, Powerless, Snow in Paradise, The Pretty One, Tribeca Online, where are the women, Whoopi Goldberg, women filmmakers
Leave a comment
Film/TV, Hollywood & Politics, Post By: Chris B, Post By: Christina B

Susan Youssef is another festival award-winning filmmaker that I follow on Twitter. Her tale of forbidden love in Gaza, “Habibi” is touring this month as part of Human Rights Film Festival, screening in Israel (April 13), London (April 19) and across Switzerland. You can purchase the film on DVD as well. Her next feature, “Marjoun and the Flying Headscarf” has received support from the Doha Institute. The story follows an Arab-American girl who must come to terms with her sexuality (originally a short that played at Sundance).
END_OF_DOCUMENT_TOKEN_TO_BE_REPLACED

Where Are The Brown Women Filmmakers? (Full Frame Edition) 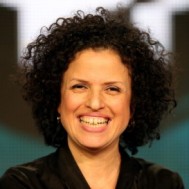 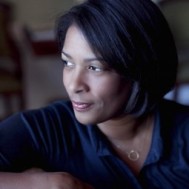 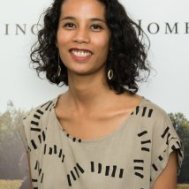 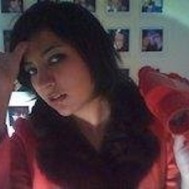 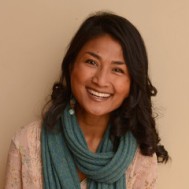 Witnessing Frances’ journey so far makes me want to climb back in the director’s chair. I was blown away by her short “Boneshaker” at Sundance and during the annual SXSW “Women in Cinema” panel, she spoke with such passion about her clear focus of telling stories about Africans and determination to work with non-actors of African descent. Next stop for the film: Nashville Film Festival, Sarasota Film Festival, NYU’s First Run Film Festival and NY African Film Festival. Oh and she’s currently Kickstarting for her next short, “Afronauts”. Holler if you got a dollar, folks!
END_OF_DOCUMENT_TOKEN_TO_BE_REPLACED

“I don’t see myself as carrying a placard with a message in my films. What motivates me are the stories. But those stories are usually issue-oriented. It has to be something I’m passionate about, because making a film is too much time and energy.”
– Deepa Mehta, Director (MIDNIGHT’S CHILDREN)

“Every time a woman makes a film, it is a political act, in my view, whether we mean it to be or not.”
– Ava DuVernay, Director (I WILL FOLLOW, MIDDLE OF NOWHERE) 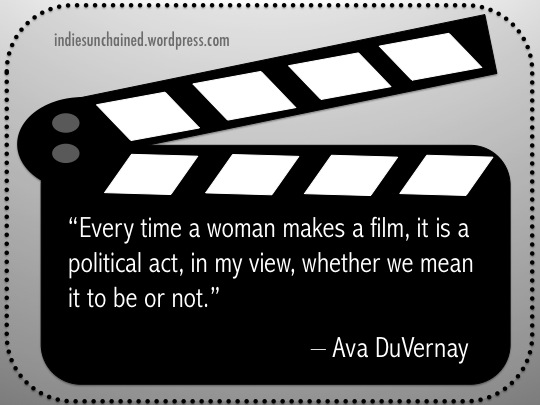 “My films don’t give you an easy ride. I can see that. The sense I get is that people have quite a physical experience with them. They feel afterwards that they’ve really been through something.”

– Jane Campion, Director (the only woman to have won the Palme d’Or at the Cannes film festival for her second feature, THE PIANO in 1993)

Throwback Thursday: “B is for The Bigelow Effect”

Indies Unchained has been up and running for eight months now, which is something I’m very proud of. To highlight this accomplishment, I wanted to offer a sort of greatest hits segment featuring my highest viewed posts. This post was originally published during Academy Awards Season back in February.

“If you hold a mirror up to society, and you don’t like what you see, you can’t fault the mirror. It’s a mirror.”         Kathryn Bigelow

Fast forward to today: Oscar Season, 2012. Bigelow won the Oscar and the progress two years later is…slim to none. The ballots don’t lie. If you look at this year’s nominees, you might actually think her win was all some wonderful dream.

END_OF_DOCUMENT_TOKEN_TO_BE_REPLACED

The Chosen Ones: Thoughts about the lack of Female Directors at Cannes

It’s no secret we live in a digital age. One of the benefits is that if one group feels they have been done an injustice, you better believe the entire world (okay, internet) will hear about it immediately. While I am not fortunate enough to attend the Cannes Film Festival, I have been keeping an eye on the blogosphere rumblings. There were many complaints over the lack of female directors in festival competition for the Palme d’Or for Best Picture (the number went from 4 in 2011 to ZERO this year). Fun fact: Only one woman has won this top prize. Jane Campion was a tied winner with THE PIANO in 1993. This is of course a familiar observation. Yet another platform to showcase exemplary filmmaking looks a lot like an old fashioned boys club. It’s the Oscar’s Best Director debate all over again. History always repeats itself, I guess.

I’m always torn in taking a side in this long-standing debate, especially a female filmmaker. I truly see the whole picture as a “nature vs. nurture”  scenario when it comes to balancing the playing field for female filmmakers.

END_OF_DOCUMENT_TOKEN_TO_BE_REPLACED 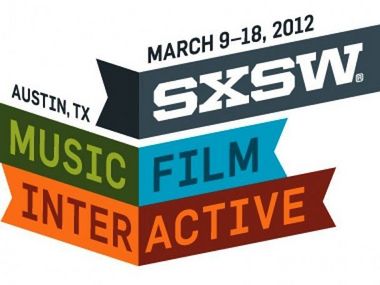 In just a few days, I will be heading out to volunteer at my second major film festival of 2012. Woot! More schwag! As with Sundance, I applied for SXSW on a whim. Unlike Sundance, I was pretty sure I wasn’t going. If you don’t live in the Austin, TX area, volunteering for the fest can be a bit of gamble.

It was easy to get my online application accepted in November but once that happens, the real work begins. They offer a variety of teams that take on ”Out-of-town Volunteers” but they fill up fast. You can pick either Conference or Production Teams that vary in specific assignments. I chose the Production team just because I’d like to have more technical experience. After skimming through how to obtain badge perks to see how many hours I’d need to sign up for to actually see films, I emailed a group of Production teams in January checking on volunteer space availability. Of the few that replied back, each one said that they’d been filled. Oh well. I left for Utah and Sundanced my disappointment away.
END_OF_DOCUMENT_TOKEN_TO_BE_REPLACED

Unchained Resources: Just get to the rough cut

I finally found out how he does it. The ultimate indie-actor-turned-director Edward Burns had me scratching my head for a while. I mean the man is currently promoting yet another feature film made for next to nothing, starring, written and directed by himself. Tweets like this were just blasphemy.

“Newlyweds shooting budget: 5k for actors, 2k insurance, 2k food and drink. 9k in the can. We only shot 12 days. That’s how to make an independent film.” – Ed Burns via Twitter

So I did what I always do – I went to Google the truth. It took some sifting through articles like “Ed Burns cranks out film for just $9,000” and “Ed Burns Shoots a $9,000 Feature with his 5D“and browsing the guy’s tweets but I got my “ah-ha!” moment after all. Cue drumroll, please.

“The film, which is his 10th as a writer-director, cost just $9,000 to shoot on location in Manhattan, though the final budget, after postproduction costs, was closer to $125,000.” – Ed Burns in Chicago Tribune

END_OF_DOCUMENT_TOKEN_TO_BE_REPLACED

B is for ‘The Bigelow Effect’

"If you hold a mirror up to society, and you don't like what you see, you can't fault the mirror. It's a mirror." Kathryn Bigelow

Fast forward to today: Oscar Season, 2012. Bigelow won the Oscar and the progress two years later is…slim to none. The ballots don’t lie. If you look at this year’s nominees, you might actually think her win was all some wonderful dream.